I want revival of Quaid’s concept of state: Dr Tahir-ul-Qadri 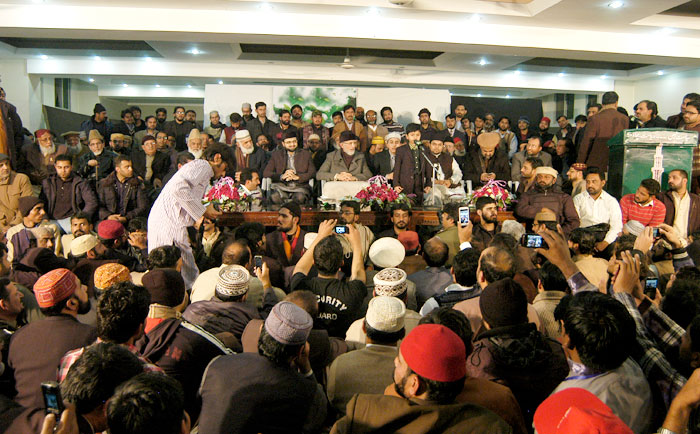 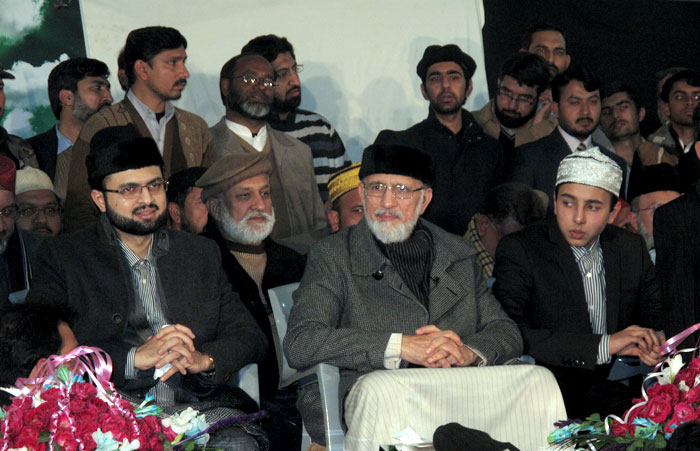 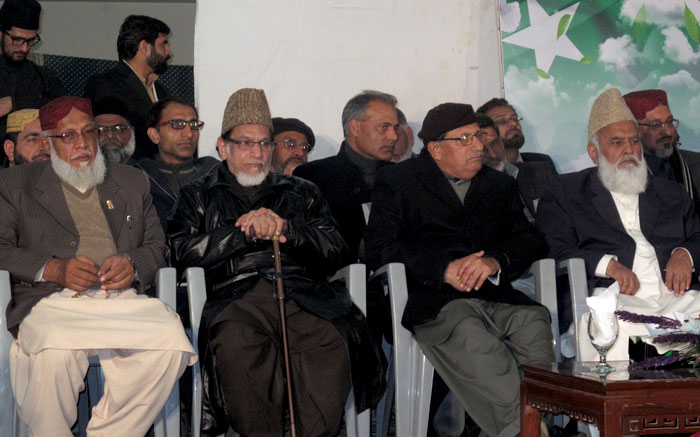 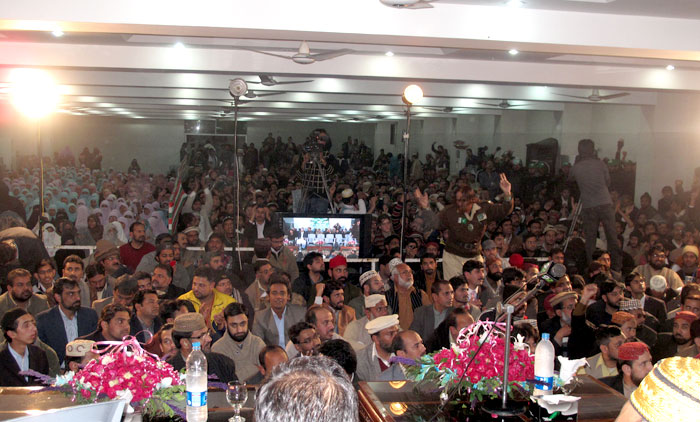 The proceedings of the programme got underway with the recitation from the Holy Quran followed by Naat. Grandsons of Shaykh-ul-Islam presented ‘Qaseeda Burda sharif’ and Urdu Naat respectively. Muhammad Afzal Noshahi presented a Naat in Arabic. Faraz Alam and other sang ‘milli’ songs. Waqas Ali Qadri and Haroon Abbasi conducted the proceedings. 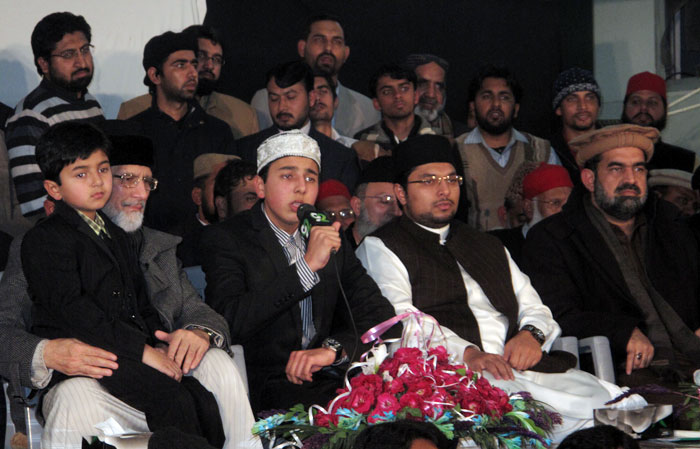 Shikh Zahid Fayyaz presented individual performance report of the administrative committees in the presence of Dr Tahir-ul-Qadri. Expressing his extreme amount of satisfaction and happiness, Dr Tahir-ul-Qadri said that the mammoth public meeting broke all past records and the credit for this huge success went to the workers of MQI. He felicitated the heads and members of each committee on their performance. 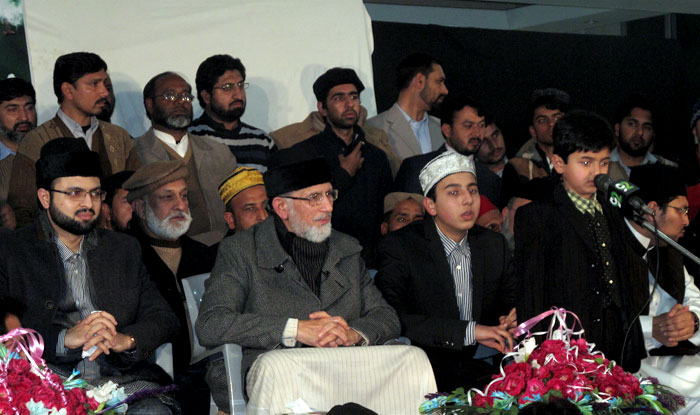 Dr Muhammad Tahir-ul-Qadri said that we had presented the Quaid-e-Azam’s concept of state for Pakistan’s progress, prosperity and welfare. He said that MQI was struggling for a country where there was rule of law, people had access necessities of life, foreign policy was independent and economy was strong. He said that he had given a deadline of January 10 for the implementation of his demands, adding if these demands were not met, the people would be geared up for the Long March on January 14.

The programme ended with Dua of Dr Tahir-ul-Qadri. 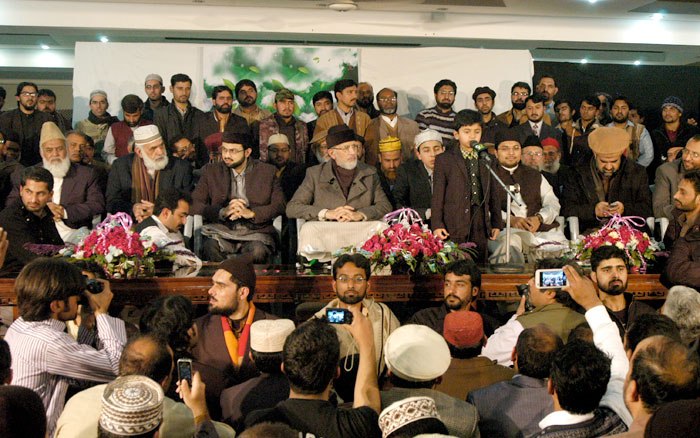 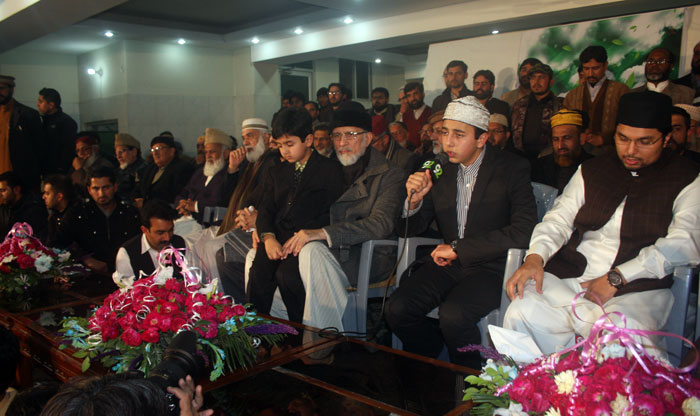 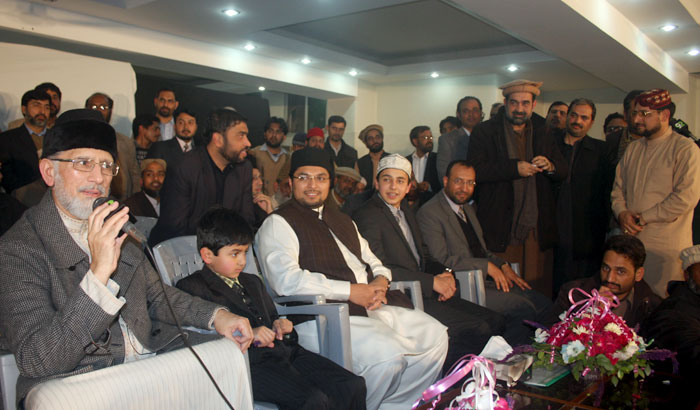 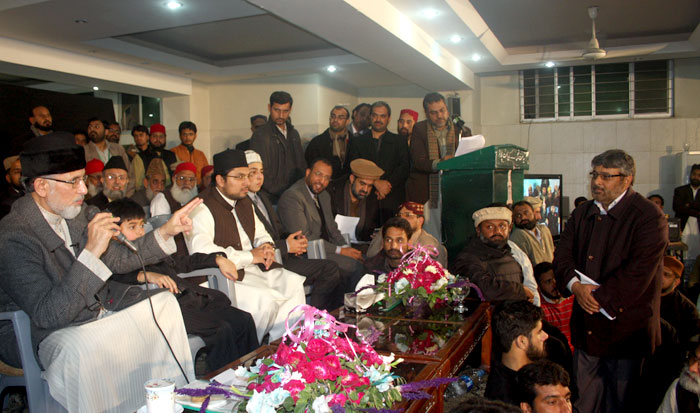 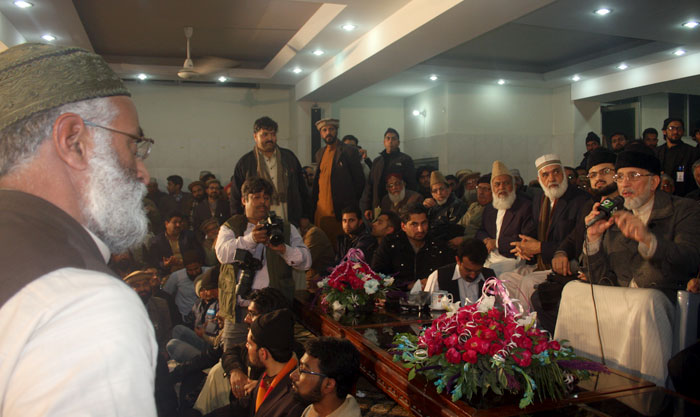 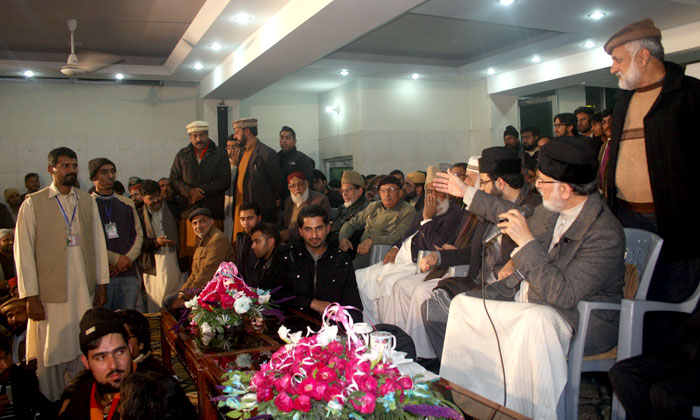 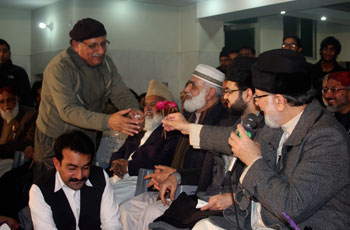 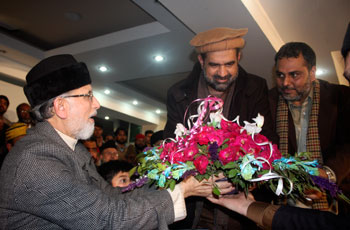 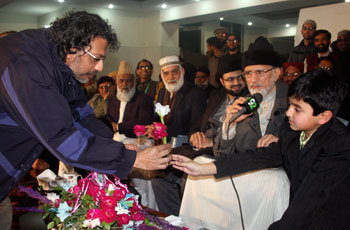 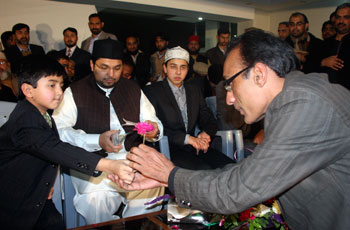 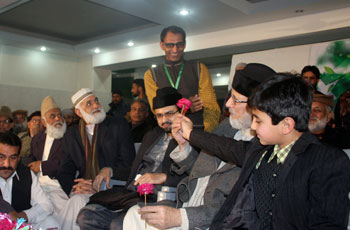 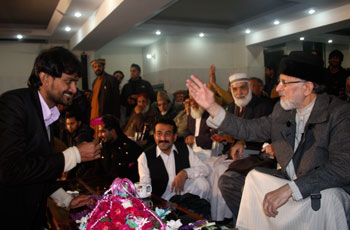 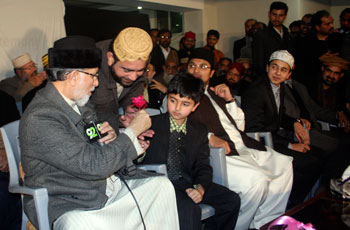 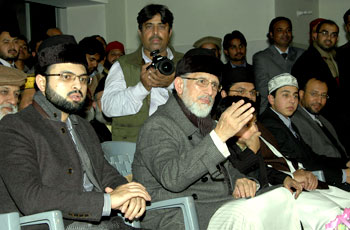 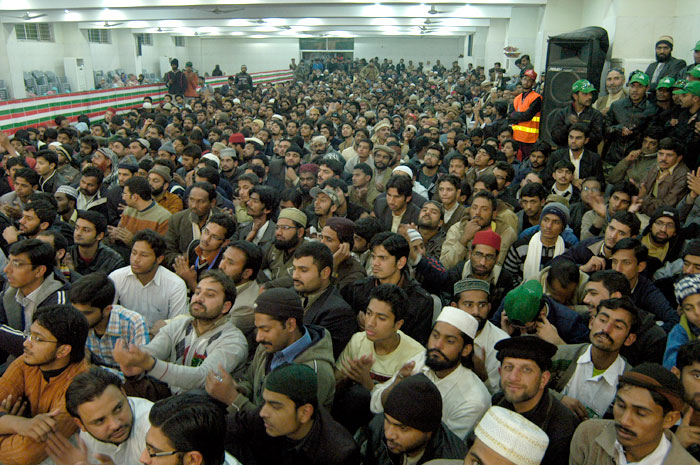 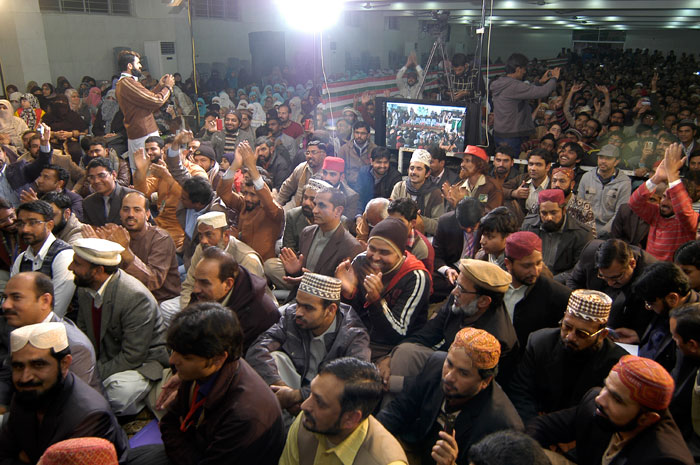 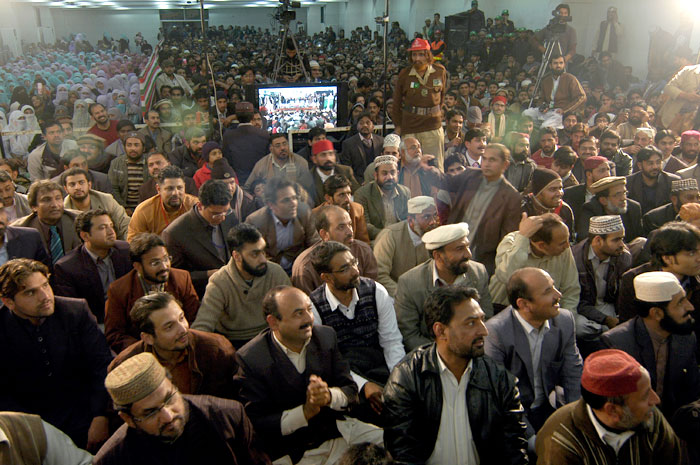 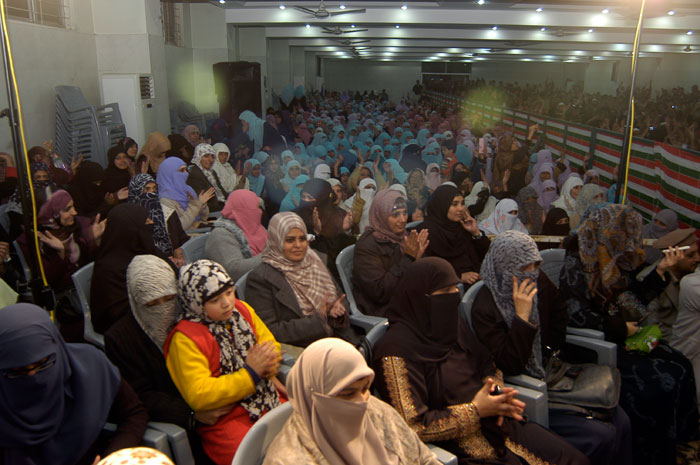 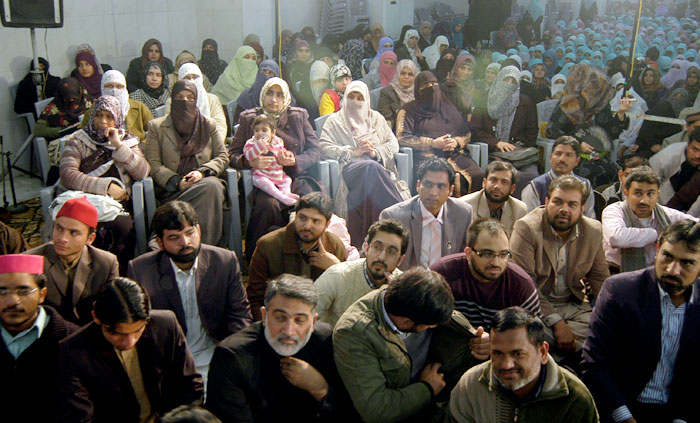 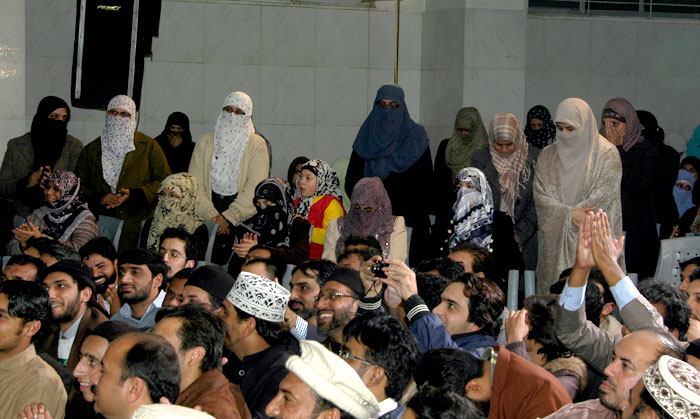 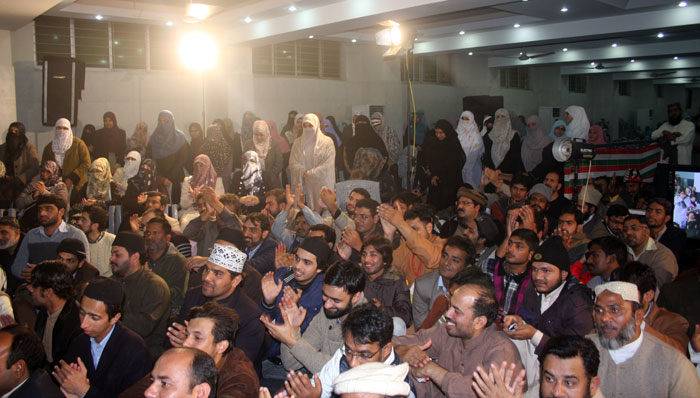 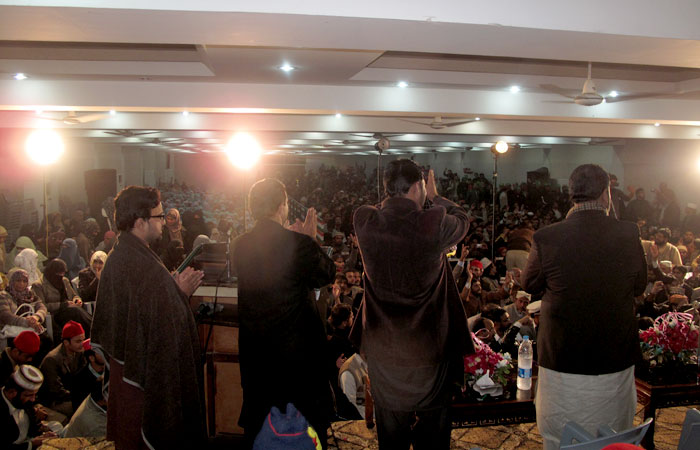 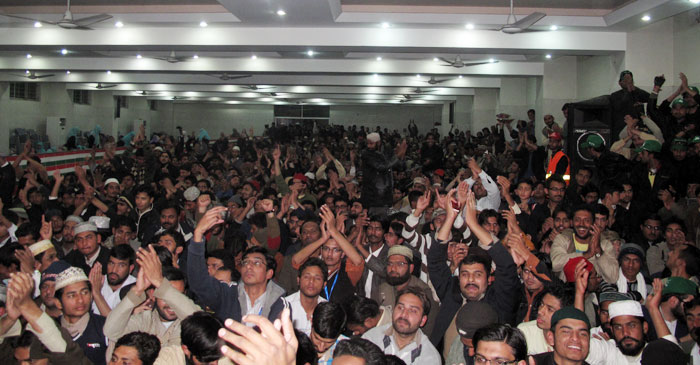 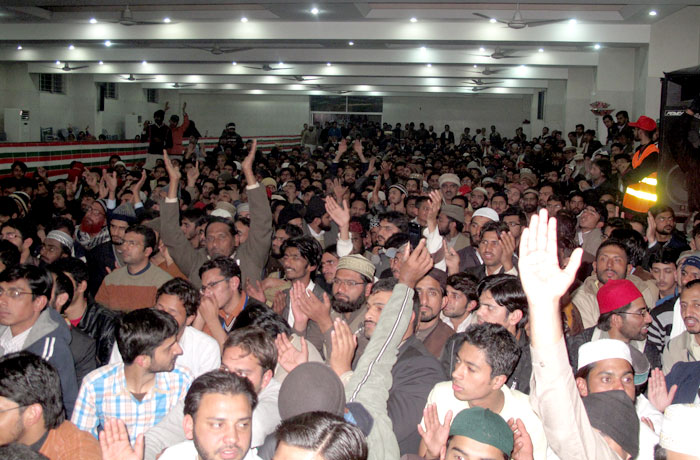