The mysterious Pakistani-Canadian cleric is back, and he’s shaking up the country’s politics. 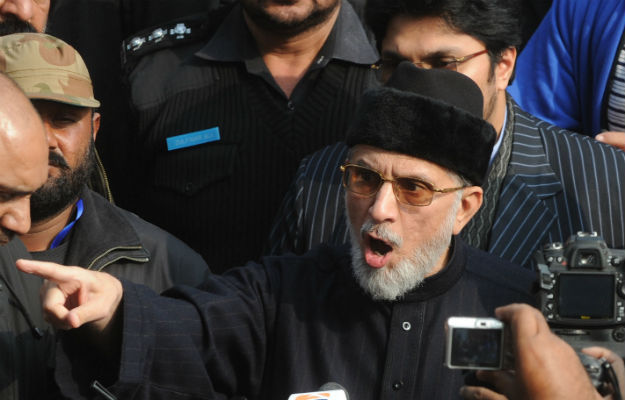 On March 17, Tahir-ul-Qadri -- the Pakistani cleric who led popular demonstrations that brought Islamabad to a standstill for four days in January -- plans to announce his intentions for the upcoming national elections at another major rally in Rawalpindi. Most American observers have written Qadri off as a flash in the Pakistani pan. They may need to think again. Qadri can still shake up Pakistani politics. In the near term, he remains a wildcard, disruptive in ways that might even tip the balance of power in Pakistan's next government. Over the long run, however, Qadri has the potential to play a far more constructive role in Pakistan's political development. Either way, Washington would do well to pay him closer attention.

It is possible that Qadri will decide to send his party, the Pakistan Awami Tehreek, into the fray of national elections in May. Building a Pakistani party machine with credible, popular candidates is the work of years, not weeks, so there is a very good chance he wouldn't win any seats. Even so, Qadri-backed politicians might steal just enough votes to spoil the plans of the front-running party of former Prime Minister Nawaz Sharif (PML-N) and shift the makeup of Islamabad's next ruling coalition.

Qadri might play an even more significant and constructive role over the long run by choosing not to contest elections. As an outside voice favoring reform, religious moderation, and better governance, Qadri would offer a glimmer of hope for a future in which Pakistani opposition figures hold their nation's leaders accountable to the nation's constitution and laws. That would represent a genuine, farsighted contribution to the maturation of democracy in Pakistan, the best hope for long-term economic development and stability of the sort that would render Pakistan a far less dangerous and fragile state.

Qadri, a former law professor and acclaimed Islamic scholar, stormed out of his unlikely home base in Toronto, Canada, this past December after having disappeared from the scene for eight years. The media portrayed his out-of-the-blue return to Pakistan and rapid ascendance as mysterious. Who had backed Qadri's massive media blitz? Rumor swirled. Some said it was Washington, again out to influence Pakistani politics. Others saw the hand of the Pakistani military looking to derail the electoral process.

Contrary to many press reports that depicted him as a detached Islamic scholar with little in the way of a political background, Qadri has a decades-long history of dealing with all of Pakistan's top leaders since the 1980s, from Generals Zia and Musharraf to Benazir Bhutto and Nawaz Sharif. Today, Qadri's politics are motivated by deep disillusionment with all of them, military and civilian alike. Such sentiments place him squarely in the mainstream of Pakistani public opinion.

Qadri's movement has found is greatest strength -- and probably most of the cash that fed his impressive media machine -- in the well of popular disgust with Pakistan's status quo of corruption, power outages, and terrible violence. Among Pakistanis there is little stomach for another round of military rule, and none for political intrusion by outside forces like the United States. But everyone, including Pakistan's most powerful civilian and military leaders, admits the state needs to do a far better job at governing. Qadri, like the reform-minded cricketer-turned-politician Imran Khan, taps into this sentiment.