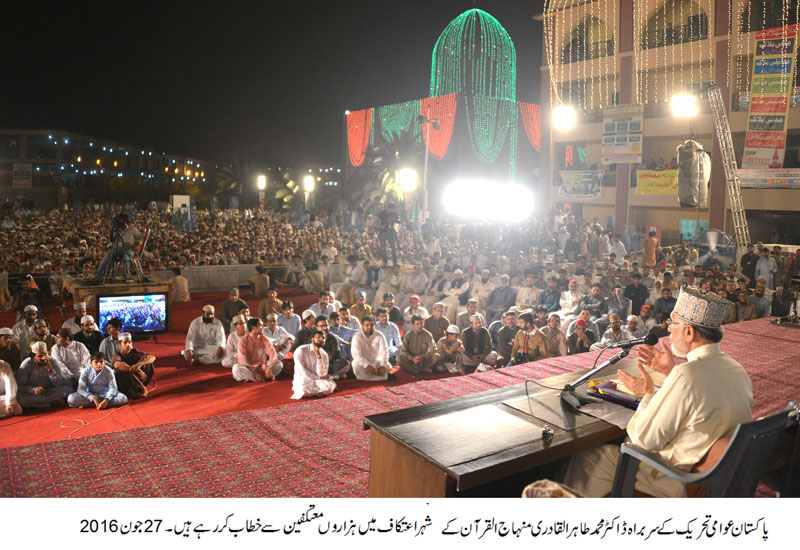 Addressing thousands of residents of Itikaf City being organized under the banner of Minhaj-ul-Quran International, Shaykh-ul-Islam Dr Muhammad Tahir-ul-Qadri has said that the biggest of the problems facing the Muslim world is ‘Takfeeriyat’. He said that Kharji thought has snatched from us our values of moderation and peace; declared the blood-letting permissible and increased the number of ‘kufr’ churning factories. He said that closeness and respect remained intact amongst various schools of thought despite all the theological differences in the history of last 1300 years and never did it happen that the act of taking a life was declared permissible on the basis of sectarian difference.

Dr Tahir-ul-Qadri said that the proponents of ‘mischief of Khwarij’ have tried to distort our faith, belief system and political ideologies by replacing closeness with differences, and love with hatred and shed human blood with abandon in order to impose their ‘Khariji’ thoughts on others. They had the audacity of going to the extent of declaring their reprehensible, heinous and un-Islamic actions permissible by wrongly interpreting the Islamic teachings.

Dr Qadri emphasized that he is spending every moment of his life on protecting the youth from the scourge of ‘Takfeeriyat’ and terrorism and militancy. He said that terrorist groups driven by ‘Takfeeri’ ideology are destroying not only this world but also the hereafter of the youth, adding that every sane person of the Muslim community will have to play his/her role to save the youth from falling prey to such terrorists. He said that the role of the governments, organizations and society is also critical in this collective endeavour to uproot this mischief. He said that on the Day of Judgment, such a person will be asked about his conduct who could play some role to stop the loss of precious human lives but kept silent out of any expediency.

The PAT Chairman asked the parents and family elders to keep an eye on the activities of their children and youth. He said that the next generations cannot be left at the mercy of ‘Takfeeris’. He said that in history of 1300 years, members of every school of thought considered the love and respect for the Prophet’s Household the part of their faith but ‘Takfeeri’ thought attacked this level of faith as well and shed blood of innocent people.

Dr Qadri urged the Muslim community to forge unity in their ranks by rising above their parochial, petty, political interests and cut off the fake ideology of Takfeeriyat and adopt the values of moderation, inclusiveness and tolerance. He said that moderation will drive out extremism, adding that those who are mild and moderate in thought and actions do not get persuaded to killing people. He said that moderation and peace are closely interlinked. 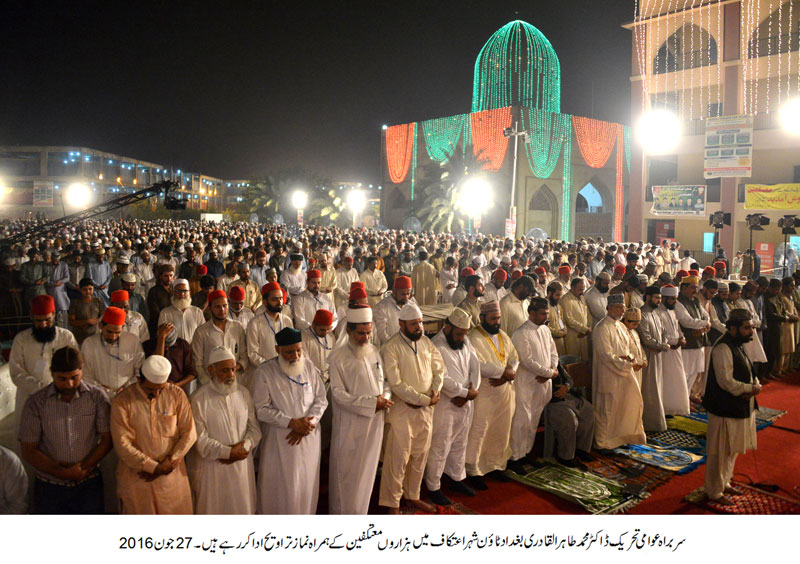