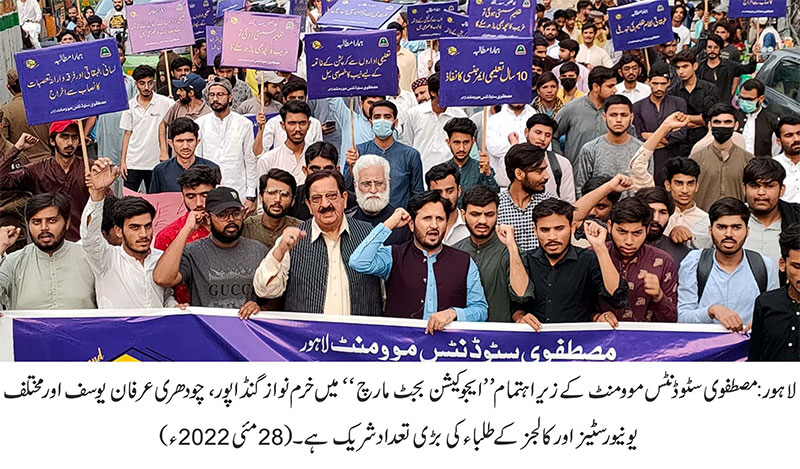 Addressing the Education Budget March held under the banner of Mustafavi Students Movement (MSM), PAT Secretary General Khurram Nawaz Gandapur said that the future of an independent and prosperous Pakistan is tied with modern education. He said that unless a major chunk of national resources is spent on the promotion of education, the nation will continue to remain intellectually and mentally slave and the country would never become prosperous.

Addressing the Education Budget March, central MSM President Chaudhry Irfan Yousaf demanded that 5% of the GDP should be allocated for education. The March was attended by students of various colleges and universities. They asked the government to put an end to the class-based system o f education; include the peace teachings into curriculum; declare educational emergency for 10 years; redesign the syllabi on scientific lines and purge the educational institutions of corruption.

The participants of the Education Budget March, which was held in front of the Lahore Press Club, raised slogans to demand an increase for the educational budget. Their demand was that all political parties and civil society should increase the pressure on the policy makers to prioritize education. They said that the way it was resolved at the time of starting our atomic program that the nation would eat the grass but make the bomb. In the same manner, we will have to make a vow that we would eat grass but would not compromise on the promotion of quality education. 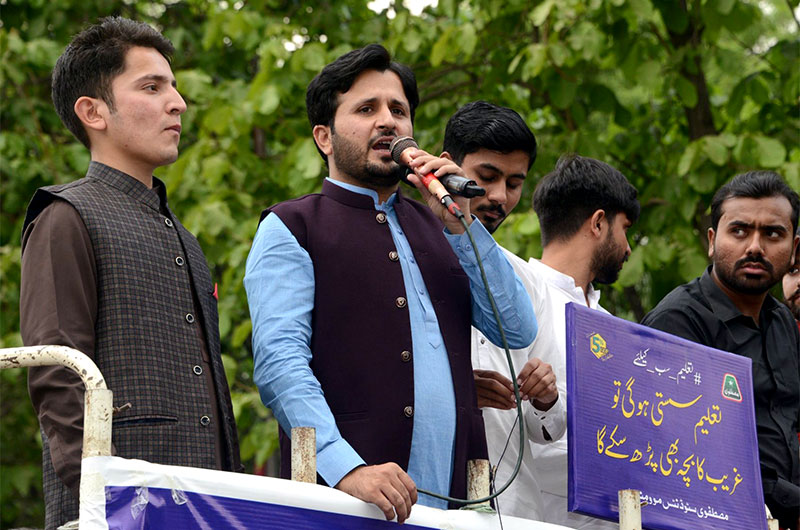 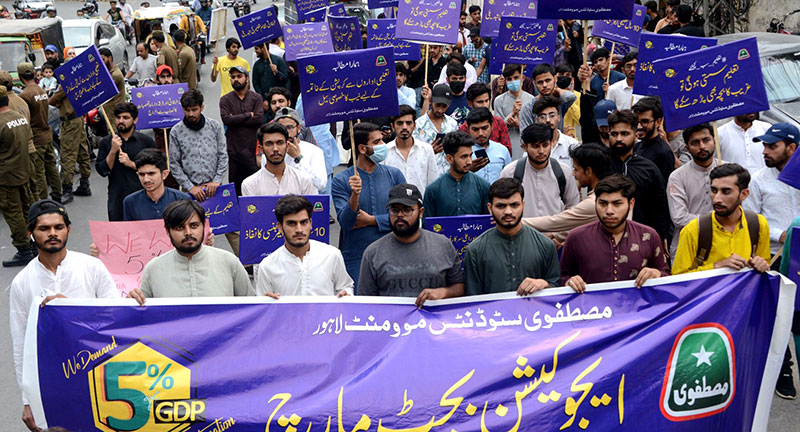