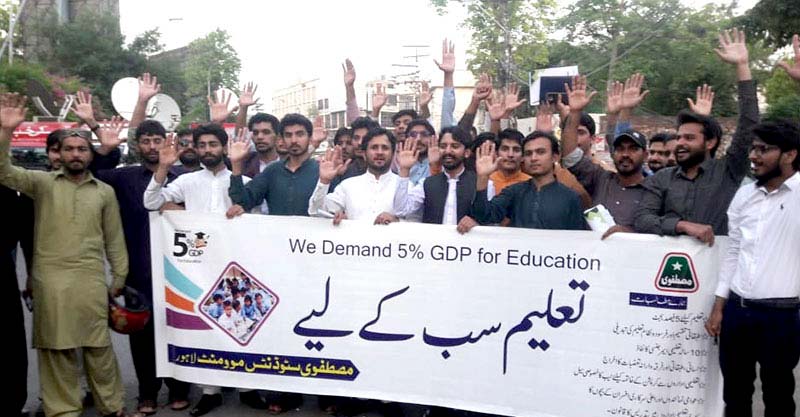 MSM held a demonstration in front of the Lahore Press Club the other day in which it demanded of the government to increase the education budget up to 5% of GDP. The students participating in the demonstration vowed to run a campaign for the provision of educational facilities for all besides bringing their influence to bear on the policymakers to take steps for increasing the literacy rate to 100%. The support of other student organizations will also be enlisted for this purpose.

MSM President Ch. Irfan Yousaf presided over the demonstration. Zia-ur-Rehman, Ehsan Sumbal, Fraz Hashmi, Ikhlaq Hussain, Younis Noshahi, Ahsan Ayaz, Owais Tahir and Ahmad Leghari were the prominent student leaders in the demonstration. The rally was attended by the students belonging to various educational institutions and universities. They were holding placards with slogans for making education accessible to all, and increase in the budget of education written on them.

Chaudhry Irfan Yousaf said that when any political party is in opposition, it describes education as its topmost priority but when it gets into power, it forgets this pledge. He hoped that the PTI government will accord due importance to its commitment towards a turnaround in educational sector. He said that the drug mafia is playing havoc with the future of the students and in view of this dire threat, it is the responsibility of the government, student organizations and the management of educational institutions to get together to expose such mafias and bring them to task.

MSM President said that an effort is being made to paralyze 60% of Pakistan’s population under an organized conspiracy. He said that the youth belonging to the MSM will go to the universities and colleges to spread awareness about the dangers of drugs. The participants also expressed their solidarity with the working class and said that they should get the proper remuneration for their hard work. They said that their children should get access to free education so that they can become productive members of society. They said that if the government cannot help the poor directly, at least it can give them relief in terms of the prices of electricity and gas. 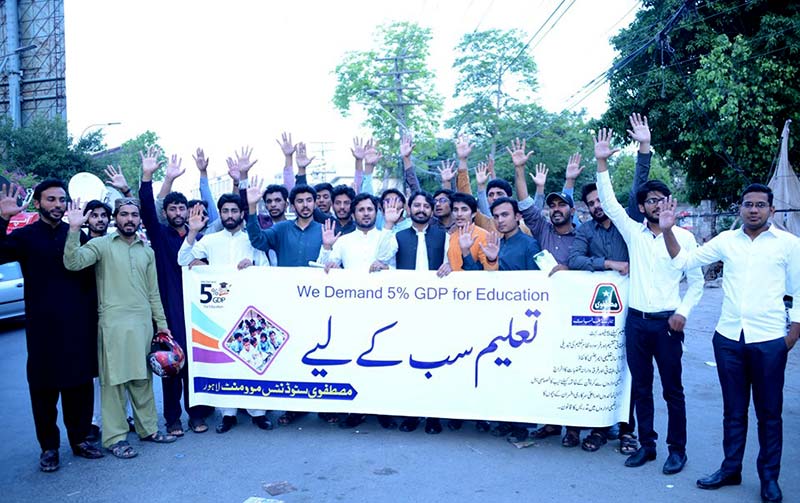