MSM takes out rally in solidarity with martyrs of APS Peshawar

MSM took out a peace rally in the Punjab University to pay tributes to the young martyrs of Army Public School Peshawar. A large number of students including the president and secretary general of the MSM attended the rally.

Addressing the rally, Secretary General MSM Zia-ur-Rehman said that the entire nation pays its tribute to the young martyrs of the APS Peshawar. He said that the children lighted the candle of knowledge and peace with their blood. They defeated the monster of terrorism. He said that the nation can never forget these children.

Younis Noshahi, Ahsan Ayaz, Mian Anser Mahmood, Fraz Hashmi and others were present on the occasion. The students carried placards and banners with the anti-terrorism slogans written on them. 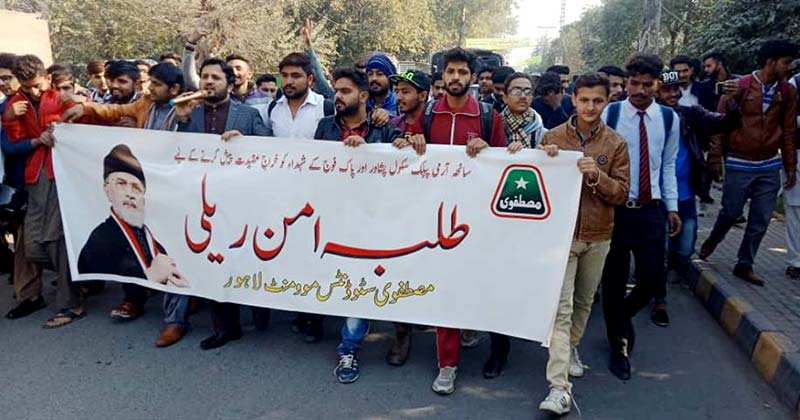 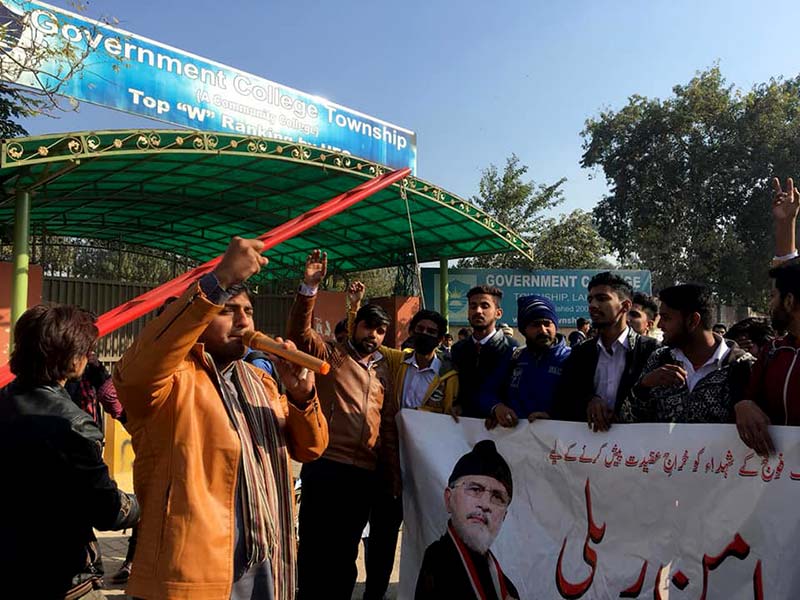 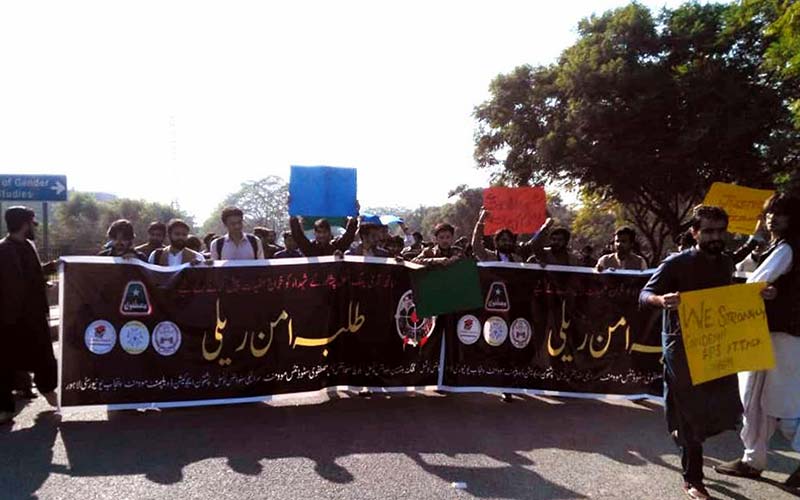