Chairman Supreme Council Dr Hassan Mohi-ud-Din Qadri has said that the youth are the future of Pakistan and guarantee of its prosperity and security. He said that saving them from the poison of extremism is our mission. He said that the millions of children are out of school and it is our collective responsibility to sensitize the parents about the need to send their children to schools. He said that the hundreds of educational institutions set up by the MQI are helping increase the literacy rate in the country.

Dr Hassan Mohi-ud-Din Qadri said that merely getting knowledge is not a big thing, stating what matters is to get a sense of purpose from one’s learning. He asked the students to particularly focus on education of science and technology to put the country in the league of developed countries. He said that Islam is a name of a purposeful life. He said that when one knows the objective of one’s life, purposelessness goes away and life becomes a noble challenge worthy of pursuit.

The Chairman Supreme Council said that the criterion of progress of countries is not solely the sum total of natural resources, goods and services. Rather the knowledge, skill set and innovation of the youth is the touchstone to measure the progress of a nation. He said that the students should make every moment of their academic life purposeful in pursuit of productive knowledge. He said that when this thought becomes ingrained, then every moment spent in learning becomes a worship.

Dr Hassan Mohi-ud-Din Qadri said that the MQI is working on the mission of igniting the candles of love of the Holy Prophet (pbuh) in the hearts of the people. He said that we have been waging struggle of taking the youth out of the life of purposelessness. He said making the students familiar about the teachings of Islam is part of our struggle so that they do not fall prey to any propaganda and stay on course. He said that when a Muslim acts upon the Holy Quran and Sunna, it will open the door of progress on him.

Dr Hassan expressed his happiness at the fact that the MSM gathers students from across the country at one place on the basis of the Pakistani nationhood and Islam, adding that it is a great national service in this day and age. He congratulated the office bearers of the MSM on the successful conduct of the winter study camp. 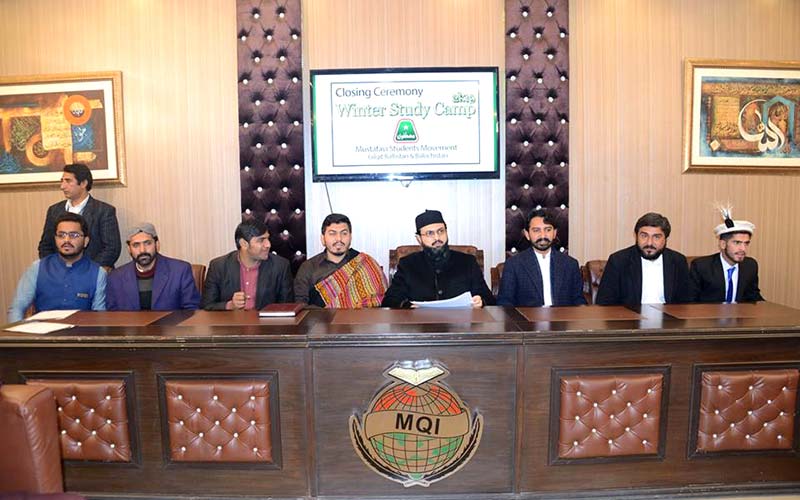 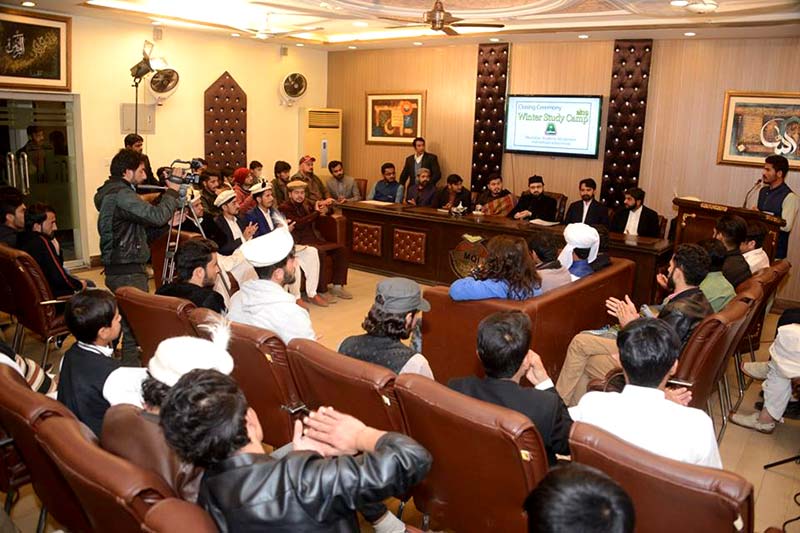 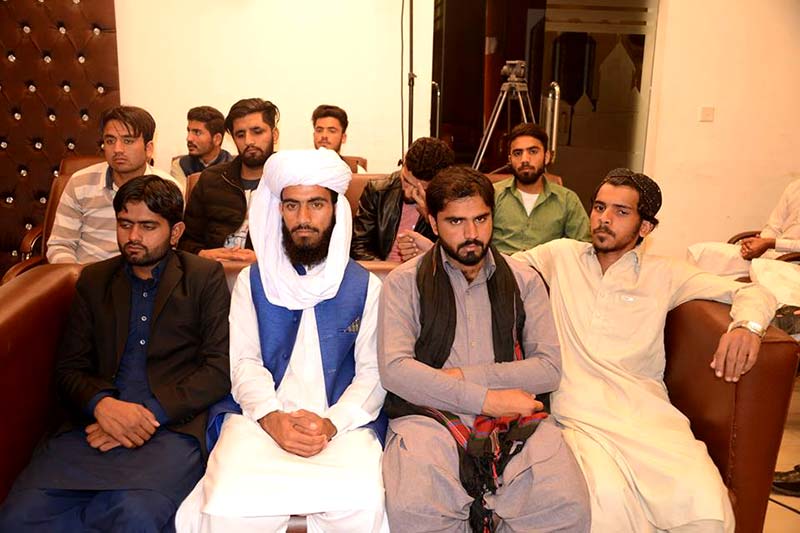