The student wing of Minhaj-ul-Quran International, Mustafavi Students Movement (MSM), will hold All Pakistan Students Convention on the 1st December at Al-Hamra Cultural Complex, Lahore. After convention, a rally will be held from Qaddafi Stadium to Liberty Chowk at 4 pm.

A meeting was held in this regard. During the briefing, President MSM Irfan Yousaf told that Students Convention is being arranged under the slogan of “One Curriculum, One Pakistan”, and over ten thousand students from four provinces, as well as Azad Kashmir and Gilgit Baltistan, will participate in the convention. He said the leadership of only those student organizations has been invited which are working for the promotion of education and rights of students in colleges as well as universities. He said students are determined to play their role in the well-being and progress of the country with the same spirit and tenacity with which they struggled under the leadership of the Quaid-e-Azam for the creation of Pakistan. 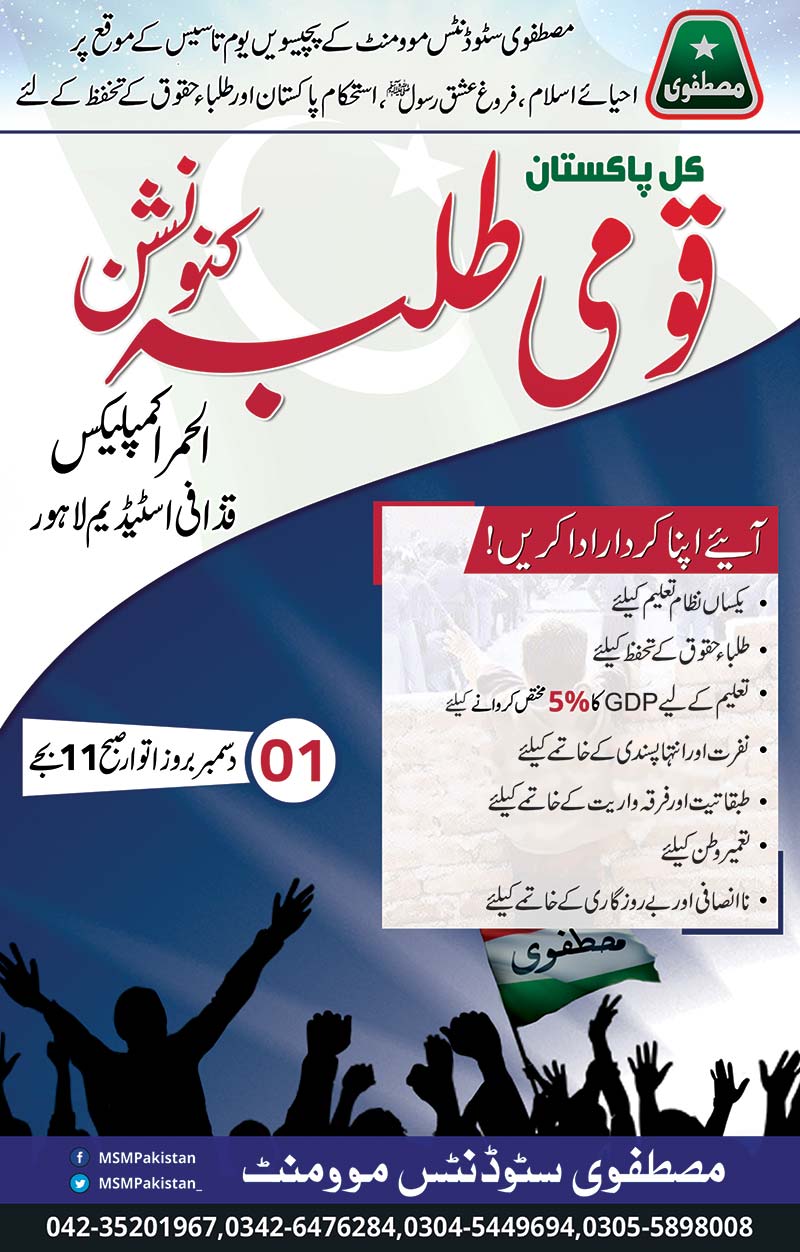